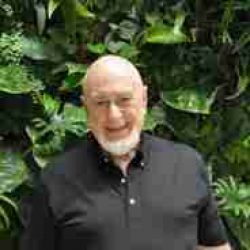 Job Description at EPA: Mr. Lazarus performs many different projects revolving around rule evaluations to control volatile organic compounds in the different air districts of Region 9 EPA. What makes his position exciting is that he gets to see rules that are “state-of-the-art.” By that he’s referring to rules that have forced technology to change. An example is the way the coating or painting industry has changed to make safer products via polymerization and delivery of the coatings. Originally it was solvent-borne and oil based, now it is water-borne and polymer or latex based. Similarly, Mr. Lazarus has been involved with rule changes for polyester resin and metal forming lubricants. Ultimately what he does becomes a Federal Register notice with his name attached to it, “I still get thrilled by publishing a Federal Register notice, which means the rule I reviewed becomes law.” The Federal Register is the daily journal of the U.S. Government.  Mr. Lazarus also performs a process call “Completeness” for all rule submissions for the Rules and Permits Office. A rule or submission to the EPA cannot be evaluated unless it is deemed “Complete,” which means all the documents are in order.

The EPA is excited to have Mr. Lazarus supporting their office.  According to Mr. Lazarus’ Monitor, Andy Steckel, “Arnie’s enthusiasm for his work is wonderful, and he’s constantly trying to expand his understanding and effectiveness to support EPA’s mission.” And Mr. Lazarus is grateful for this opportunity, “I learn something new every day. I enjoy working around very interesting, intelligent and dedicated people. The SEE program gave me the opportunity to start a new career at age seventy-three. I have always considered getting this grant a real honor and I treat it that way. I have made friends here at the EPA and I take enormous pride being able to do something worthwhile and beneficial.”

Prior to joining the SEE Program, Mr. Lazarus was an inventor with five patents in the music-electronics field. He manufactured them under the name FRAP (Flat Response Audio Pickup). He made the acoustic instrument pickups for such notables as Sir James Galway, Herbie Mann, Crosby, Stills, Nash and Young, The Emerson Lake and Palmer Orchestra, Grateful Dead and Neil Young to name a few. He has expertise in electronic design, sensor design, adhesives technology and mechanics and also made the strobe lights for Bill Graham’s Fillmore West around 1970.  He was also the Technical Editor for a local motorcycle magazine called Independent Biker, and wrote an analysis of a dynamometer. He describes his background as giving him “a real life understanding of many of the rules that I review.” Mr. Lazarus holds a B.S. in Mathematics from Long Island University in New York.

Outside of the SEE Program, he enjoys staying in shape through lifting weights…heavy weights! “I started lifting weights at age 61 doing the Olympic lifts, the “Snatch” and the “Clean and Jerk.” I never before considered myself as a strong guy, a gym guy or a weightlifter. I started from scratch with Coach Jim Schmitz, a former 3-time Olympic Team coach. I started competing as a “master.” By age 64, I discovered I could deadlift a lot of weight, lifting 300 pounds. A year later I was deadlifting double my body weight. By age 66 ½, I lifted 402 pounds. When I was 70 I took a hiatus from lifting for about 6 years.” Need proof? Check out his video of a 400 pound deadlift! Arnie.

Mr. Lazarus continues to work on his lifting and deadlifted 330 pounds last March. “What I like best is the smiles I get from men and women much younger than me seeing me pick up weights and put them down.”

In addition, he is an avid photographer, a cook and a very advanced pizza maker. He makes all the ingredients from scratch: dough, sauce and cheese blends. To celebrate my first renewal in the SEE Program, he even brought in pizza for his team!