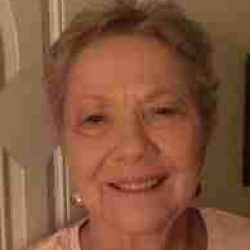 The NEW Solutions staff had a pleasure of asking our amazing ACES-NRCS enrollee, Mollie Aldridge, some questions about her lifetime experiences, both with, and in addition to, her work at NRCS. We would like to share with you what we learned from Mollie, who currently assists the NRCS staff at the Thomasville, GA office. Mollie grew up on a farm, married a farmer, and continued operations of the family farm after her husband’s passing. This experience, unknown to her at the time, would lead her to becoming familiar in the agricultural processes. She began her career with NRCS in 1990, employed as a Soil Conservation Technician. She says this is where her love for the agency blossomed. She made wetland and highly erodible determinations, HEL plans, surveyed terraces, waterways and checked out cost¬ sharing conservation practices. She was instrumental in the implementation of no-till and cover crop farming and is so very proud of how it has become a way of life in farming operations in southwest Georgia, “because all SW GA is not flat,” she reminded us. In her role with NRCS, Mollie assisted the Agency and the Grady County Board of Commissioners to cost share and complete the soil mapping of the county. Through a joint effort with Jerome Brown, retired Assistant State Conservationist of South Carolina, they worked together to obtain the charter for the Golden Triangle Resource Conservation and Development (RC&D). She was able to secure agreements with local commission board to cost share an extra county employee to help with the work after her DC retired. However, in the winter of 1996, Mollie sold the family farm and relocated to a Northeast Georgia county where she was employed by Union County Commissioner to meet with State and Federal agencies to educate, implement and enforce environmental ordinances in the county. Later, after receiving requests from other local governments and developers in the area, she resigned and began an environmental company called North Georgia Environmental Consultants, Inc., which she operated for 18 years. Mollie learned about the ACES program when she decided it was time to slow down and moved back to Thomasville to be near family – her two daughters, both married, with two sons each. A friend had told her about the ACES program, so she applied and was enrolled in the Program. Upon joining ACES, she realized her past experiences helped her greatly in her new role as Technical Support. She says, “NRCS today, does it a little different now but the end game is the same.” Every day is different, but mostly consisting of communicating with farmers and landowners via phone and email, assisting with forms and technology, and providing customer service. She encourages young farmers, women and the socially disadvantaged landowners to consider the programs offered by NRCS. She works with schools in promoting the environment and encouraging high school students to attend workshops held at University of Georgia Abraham Baldwin Agricultural College (ABAC) campus each year. In 2017, Mollie had to deal with a major illness that included surgery, but during that time she still worked when she was able. She described how supportive that her monitor was and said that she “doesn’t know what she would have done without the support she received from him, the Farm Service Agency, and the Area Office.” She says that even the local cotton gins showed their support for breast cancer research by rolling their cotton in pink. Mollie was recently offered an opportunity outside of ACES/NRCS to serve as supervisor with the local Soil and Water District. She declined and decided to stay in the ACES program because, in this role, she “feels she can be of more assistance to the people of Thomas County.” Mollie summed it up well – she likes people. She likes helping people and feels that customer service can make or break any business, even a government agency.  Mollie’s motto is: “You can train people to depend on you or train them to leave you alone.” Mollie’s monitor, Richard Coleman, has this to say about her: “Mollie has been and continues to be a tremendous asset to the Thomasville, Georgia field office. She brings 40 years of prior experience working in Agriculture Industry (10 of those years) as a Soil Conservationist Technician For NRCS. Mollie is the perfect example of great employee who gives her time and attention to the detailed clerical work required by NRCS.” In Mollie’s spare time, she enjoys spending time with family, walking, reading, and working in her yard. She is convinced that “God put the magnolia trees in her yard to remind her to stay humble” as she’s “always picking up leaves or pods.” NEW Solutions would like to say a big “Thank You” to Mollie Aldridge for being a wonderful addition to the ACES-NRCS Program in Thomasville, GA. 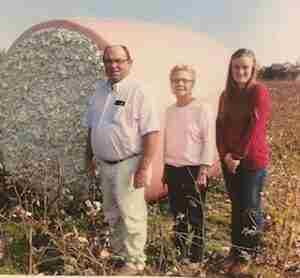