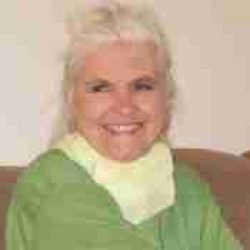 Story of my Life by Monique Nivolon

I feel I’ve been a long time on this earth; I was born in Paris, France, as I said a long time ago, before WWII, so that I was pretty much aware and starting to have some understanding of what was going on upon France’s invasion in May 1940.  I did not live through the days of Paris being taken over, because I was with my aunt, we were refugees since early that year, in the center of France in a tiny town, Treignac, and my mother joined us in June after a memorable exodus from the capital, her suitcase stolen, disheveled, having slept for several nights in cattle trains.   Her arrival was memorable.  I was growing up quite fast.

Then back to Paris in October.  In a boarding school held by nuns.  My (divorced) mother working downtown Paris, and living in this near suburb South, at my grand-parents little house, near my boarding school.  Four years; week-ends at my grand-parents’, summer vacations in the Pyrenees where my father had remarried.  Growing up in the school; bombings at night when we would be climbing down from the dormitory to the huge cellars; the blankets handed to us, with the strange smells of mold, dust, night smells, night noises, and airplanes and explosions.

Then, mid-September 1944 – I was a little girl of not quite 11, travelling by train all alone from the Pyrenees – from that little town where my father and stepmother lived – back to Paris, back to my mother after the long summer vacation.  My mother had sent me early in May down there, foreseeing the turmoil of the war coming our way.  I still remember the headlines in the newspapers on June 6, 1944: “Les Alliés ont Débarqués en Normandie”. The Allies have landed in Normandy.  On that morning of June 6, occupied France was suddenly singing an entirely different song: the newspapers had been for four years mostly controlled and muzzled by the German authorities; when the Resistance exploits were of course acts of sabotage by terrorists.   Now everything was changed, the Allies’ long trek towards Paris until August became the everyday suspense.  Then the elation of Paris liberated pervaded the whole country right through the least village, floating under cloud nine – except that the retaliation of the resistance against the collaborators had started.  You must imagine that all normal communications throughout France was difficult.  My mother arranged for my trip back to Paris, by telegram.

She was there, at the station: a whirlwind of loveliness, happiness, perfume, embracing smiles, hugging me till I could not breeze, my feet off the ground, and she was saying: “my darling, oh my darling I am so happy, I met at last the man of my life, you must meet him, and tell me what you think of him, if you like him” … That was the love of her life.  He was a British Major, part of the liberating armies stationed in Paris.   Now the war was over; another life; within a little more than a year, we were settled in London, England.  I was going to school to the French Lycee of London; staying there – except for vacations – when my new step-father took over his former job, a Chancery’s secretary.  His first post in 1947 was Belgrade, Yugoslavia, where we drove in May, in the car, with their new baby, my darling little blue-eyed brother, and we were visiting everywhere, Switzerland, Austria, Hungary, – we took a month to arrive.

From then on, my life was between London – a few months with my father in the Pyrenees because in October 1947 I was still too young to go to school in London by myself; then some vacation months in Europe and in Belgrade.  Twice returning from there by myself, on board the “Orient Express”, consisting of one car being hooked from station to station – Trieste, Venice, Milan, Lausanne, Paris – to a different locomotive or even train ….  Then as of October 1948, I was in London, going by day to the French Lycee and boarding in a hostel for students held by Irish nuns, living as of 15 years old, with quite older female students, in my own single room.  In 1951 my step-father came back to London to work a year there before being assigned to The Hague in the Netherlands.   Then in summer 1952, after I had a one-year pre-college studies at the Lycee, while earning my keep by baby-sitting, first in one family with SEVEN children, then in another one with a (big) baby, sleeping in a freezing room, I decided to leave for Paris, and look for a job there.  In August that year (I was soon to be 19), I couldn’t stand London any more.  I wanted to be FREE.

I was from then on independent; found a job at IATA (International Air Transport Association) on the Champs Elysees. In May 1953 I took my first vacation to go by bicycle all alone to The Hague, from youth hostel to youth hostel, from Compiegne, then Northern France, thru Belgium’s Bruges, Ghent and Brussels.  Then Antwerp and Amsterdam.  From there I pedaled down to The Hague through fields of flowers, unforgettable!  Because I wanted to see my new baby sister, who had just been born in December 1952.

Altogether I stayed till 1956 in Paris, after getting married in 1953.   Anytime we could, we would go through France on a Lambretta scooter, discovering in detail all its beauties.  My husband’s first job (he had just finished his law studies) was in Lyons:  that’s where, in December 1956, my daughter was born.   Two years in Lyons, then in 1958, we took everything we had, with baby, suitcases and all, we took a liner from Marseilles down to Casablanca in Morocco, for my husband’s new post, transferring technology in insurance to all the local agencies.   Two years of lovely travel through the Atlas, Fez, Marrakech, Agadir and the long Atlantic coast right up to Tangiers.  I had a love-at-first-sight experience with Morocco, its warmth, the people, the elation:  Morocco was just independent from France, and we were welcome, as a new generation, everywhere.

After we returned to France on the Riviera, in Monaco, in early 1960 we soon divorced.  I lived till 1973 between Monaco, Nice, Antibes, Villefranche-sur-Mer, Beaulieu … with various jobs – as a Greek shipowner’s secretary for four years.  Then, having resumed by college studies towards the BA and later the MA, I was also teaching English in a French Secondary School, also giving private lessons to English residents around.   I also worked with the “Famous Artists Schools-Southern Europe” in Monaco, as the American vice president’s secretary, interpreter, and translator.   But the home-study school (art: painting, illustration, and photography), based in Hartford, Connecticut, folded down, and in September 1973, I came back to Paris.

There, in February 1974, I started a long career, as a secretary/translator, then just translator, with Morrison-Knudsen International.  In March 1976, they transferred me to their office in The Hague in the Netherlands, and they sent me on many translation assignments in Algeria, and trips to Paris, even once in Tunis, then three times in the US.  In January 1978 my first trip in the U.S., was to Boise, Idaho, for a one-month assignment; then to Houston, Texas, two weeks in July; then back to Boise in September that same year.  Meanwhile, in August, Morrison-Knudsen had moved from The Hague to London, England, moving me with them.  Finally, they arranged for my transfer to San Francisco, CA, (their engineering office) in March 1979, having obtained for me my “green-card”.

I stayed in San Francisco with Morrison-Knudsen from 1979 to 1983, when in August that year they assigned me to Kinshasa, Zaire (at the time – now the Congo Democratic Republic); my assignment there lasted till June 1988, the whole project folding down (including as a matter of fact, most MK’s projects overseas).  MK had constructed a power transmission line from the mouth of the Congo river down to the Shaba province at the Angola border.  I was there for the Maintenance & Operation program, translating, interpreting, tutoring the two apprentice translators of the power utility and heading the various secretarial tasks.  We had long vacations – and I spent all of them (twice a year) on the island of Martinique in the Caribbean where I had some dear friends.  I loved this time of my life there; every day was an adventure; I lived through many rich encounters and experiences

My return to San Francisco, in June 1988, was a culture shock: computers everywhere.  My job with MK was over; I took translations on free-lance, also secretarial assignments here and there and came to know the city quite well.  Also, I worked two years (1990-1992) as a secretary for a former Bechtel engineer on engineering projects in a Japanese (Itochu) investment firm. Then in 1997, I started with the EPA, through first AARP, then NEW Solutions, and I stayed, until now – except I played hooky one year, from March 1999, to work part of that time at the Union Bank of San Francisco. But this same summer, the Bank suppressed the whole department I was working for. And I was very pleased to come back to the EPA fold in March 2000.   On June 30th, 2018, that will have been 20 years altogether I worked for the Environmental Protection Agency.  I really have appreciated all the rich opportunity it offered me, working in the Air Division, for the Indoor Environment Team: becoming a ‘mold specialist’ to respond to public callers on the subject.  I have also been doing administrative entries for the Permits section, and time and again, small administrative tasks for the whole division.  The people I have been meeting all along these years are dear to my heart, the essence of the EPA work is so important, I would even say, imperative.  One of the best goals in life I believe, protecting the living conditions on our planet.  I am proud to have participated at some level in this.  And I have a debt of gratitude to NEW Solutions who have been such solid anchors in my life here.

I don’t consider my working life over.  I will find something, keeping me on the path of discoveries.