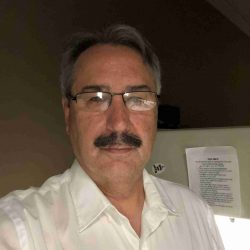 NEW Solutions has been very fortunate to work with people from all over the United States, and the ACES Program has discovered many people from varying walks-of-life that portray the ultimate in dedication to the Natural Resources Conservation Service.  One perfect example of that dedication is of an ACES Enrollee from Hutchinson, Kansas – Steve Brillhart.  Steve retired from NRCS after 35 years of service.  His dedication did not end there – he became an ACES Enrollee in 2013 and continues to work with the Hutchinson Kansas NRCS office on a regular basis.

“Being a former Resource Conservationist with NRCS, Steve has provided the wealth of his experience in working with field offices on contract administration.  Steve is the first contact in working through the majority of contract modifications, cancellation and termination requests that are sent in from the field.  He also has been scanning old slides so that the wetland determination process can be streamlined and time in completing the determination reduced.”

“We are very appreciative of Steve’s work and the positive and cheery effect he has on the area office.“

Steve retired from the Natural Resources Conservation Service after 35 years.  He was a Resource Conservationist in Area Office for 19 years, primarily working with the field offices to develop and administer contracts for the environmental Quality Incentives Program (EQIP), Wetland Reserve Program (WRP) and Conservation Stewardship Program (CSP).

Currently Steve reviews contract modifications, waivers, contract violations and other tasks that will aid the current NRCS staff with contract administration. Steve’s pre-retirement experience helped a lot with the assigned tasks that he now assumes.  In addition, he works with the soils staff to develop a permanent electronic record of Farm Service Agency slides. These slides are being scanned and used to assist the staff in the determining wetland and HEL- Highly Erodible Land – compliance.

Steve’s farm background and working with producers one-on-one early in his career was a good experience and helped him later on with contract development and administration. An understanding of planning, implementation and contracting helps a lot as these contracts are implemented.

Steve learned about the ACES Program when one of his friends, a close NRCS colleague, was an ACES employee for several years and was very happy with the job. The position offered some flexibility in the work schedule and sounded like it would be a good fit for Steve.

Some of the things that Steve does on a routine day at work would be to review contract modifications, which are often necessary to allow the participants the flexibility necessary to carry them out successfully.  The field office that Steve works out of has about 1600 active conservation contracts in their administrative area.  Steve reviews these contract modifications to determine if they clearly explain the changes being requested by the participant, determine if the changes are pragmatically acceptable, determine if violations have occurred and recommend approval if the modifications are developed according to program guidelines.

When time permits Steve also scans and labels slides so that they can be referred to when the staff is involved in determining Wetland or Highly Erodible Land compliance.

Steve feels that his primary value to NRCS is his experience in working with contracts prior to retirement. When he came back as an ACES employee, he didn’t require a lot of training to carry out his duties and can complete most tasks without assistance.

When asked what he enjoys most about the ACES Program Steve replied: “The flexible work hours, and not having to work on holidays and weekends are benefits not often available to the part time employee.”  And when we inquired about what keeps his interest in the work he joked “My wife, Ha! “

He added that he works with a group of people at the office that are very dedicated, and he enjoys them.

We wondered what, if anything was the most challenging about his duties or his position.  He feels that the conservation programs continue to consider additional resources. When he started his career with the Soil Conservation Service the focus was on soil erosion and range management, but now the programs provide technical and financial assistance to conserve and enhance soil quality, water quality, plant communities, wildlife habitat, and air quality. Many of these programs have different contractual requirements and staying current with continual changes is a challenge.